On the 12th of November of 2019, there was one of the highest spikes of high water in Venice. Until that moment, the highest level reached was cm 194 in 1966.  Since that time the water level is monitored and the inhabitants of Venice warned by sirens when the water level exceeds 110 cm.

On November the 12th, the water reached 187 cm, unexpectedly, as the local authorities had warned the people to expect “only” 140 cm.

It is useless to talk about the huge damages to buildings, businesses and art. The restaurants had all their electrical appliances seriously damaged or made unusable, the electrical systems were damaged, goods had to be thrown away as water destroyed or just submerged them. It is important not to forget that it is salty water, the water from the sea, not from a lake or a river. Its power was so strong to move the pieces of furniture in the houses, drag the boats to the “fondamenta” and even one newspapers kiosk into the lagoon.

This is because, even if Venice faces high water regularly, this was not an ordinary event and the damages that it caused are not temporary, nor limited. Several buildings were seriously damaged and several businesses may have to close.

This doesn’t mean the city is now less attractive than in the past. Just the opposite: the restaurants and all businesses have now reopened, the Christmas decorations are everywhere in the city, according to tradition, until and during Carnival and the Royal Gardens can now be visited after more than 5 years restauration.

For this reason, it is important not to abandon Venice, but to support the local activities and the artisans. They are those that keep the city alive now and guard it for the next generations. Therefore, there is no reason to cancel the bookings, not to go to Venice fearing high water or dangerous situations: there aren’t. The city is magic as usual, even more now that its fragility is internationally recognised.

It may seem obvious, but, unfortunately, many people have not realised that Venice needs more attention and support now than even before. 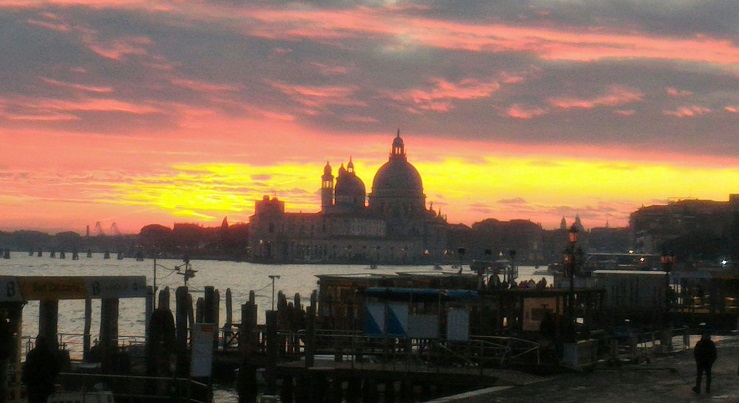